What is VBA UBOUND Function

The VBA UBOUND function is listed under the array category of VBA functions. When you use it in a VBA code, it can return the highest subscript for a dimension of the array supplied. In simple words, it helps you to find the upper limit of an array, by returning the highest value in the result.

To use VBA's UBOUND function you need to understand its syntax and arguments:

Example to use UBOUND Function in VBA

To practically understand how to use VBA UBOUND function, you need to go through the below example where we have written a vba code by using it: 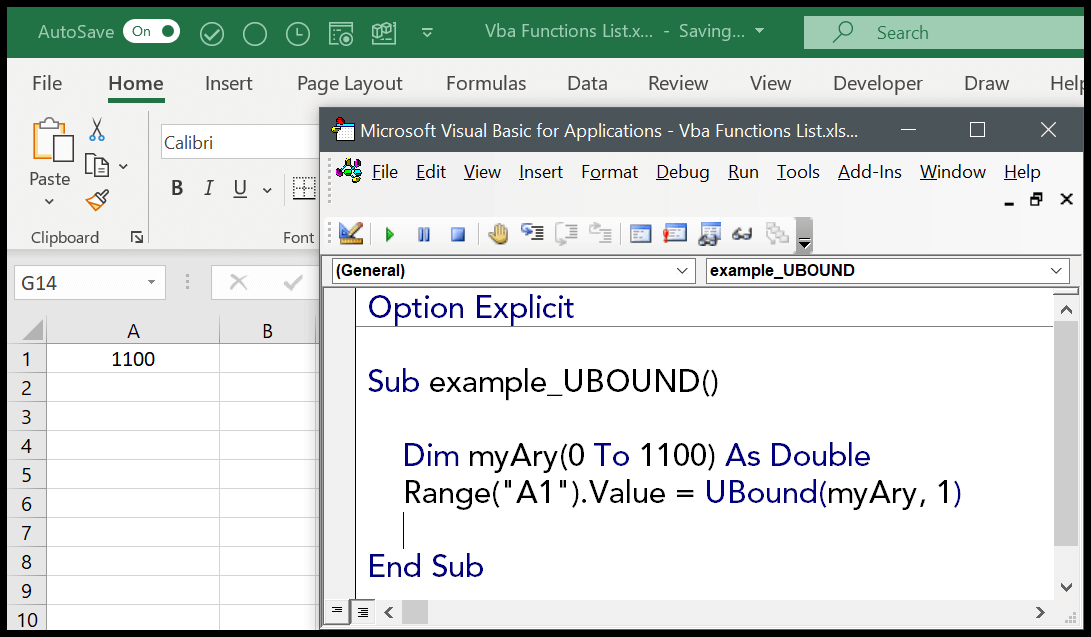 In the above code, we have used the UBOUND to get the highest subscript for a dimension of the array "myAry" and it has returned 1100 in the result which is the highest value from 0 to 1100.