What is VBA INSTRREV Function

The VBA INSTRREV function is listed under the text category of VBA functions. When you use it in a VBA code, it returns the starting position number of a sub-string (specified by you) from another string. Unlike INSTR, it starts searching for the sub-string from the right side of the string, which means the end to start.

To use VBA's INSTRREV function you need to understand its syntax and arguments:

Example to use INSTRREV Function in VBA

To practically understand how to use VBA INSTRREV function, you need to go through the below example where we have written a vba code by using it: 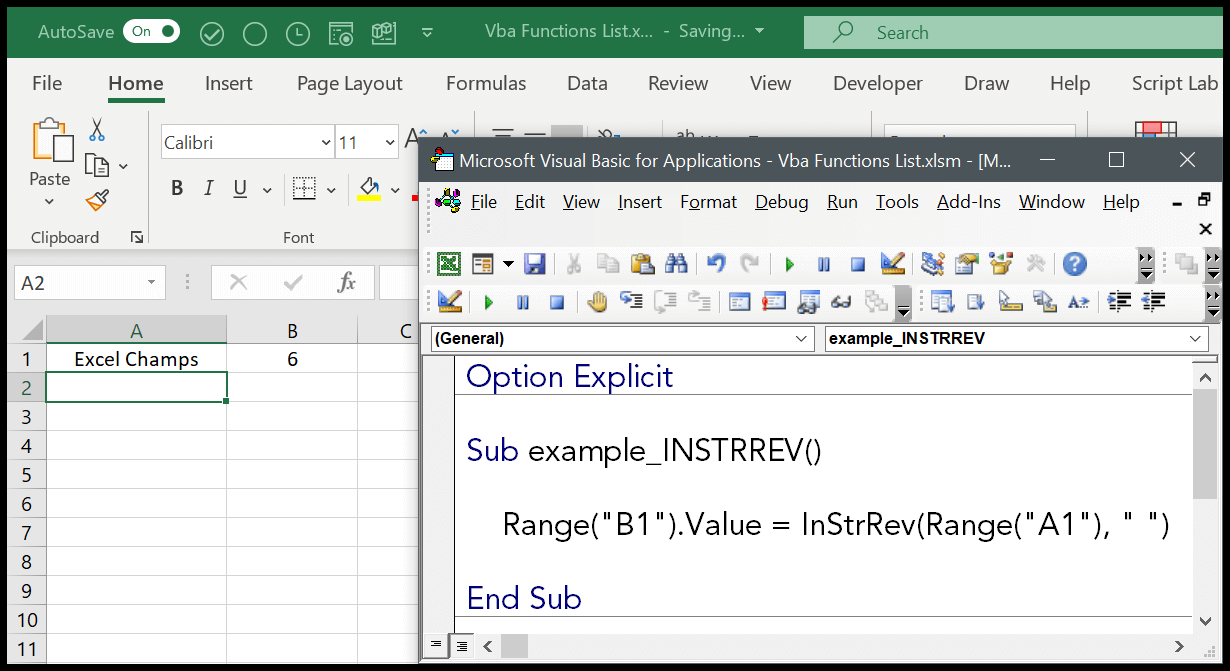 In the above code, we have used the INSTRREV to find the space within the value (Excel Champs) in cell A1 and it has returned 6 as a result, there’s the first space is between “Excel” and “Champs” whose position is 6.

Below are some important points which you need to take care while using INSTRREV function in VBA.