What is VBA ABS Function

To use VBA's ABS function you need to understand its syntax and arguments:

Example to use ABS Function in VBA

To practically understand how to use VBA ABS function, you need to go through the below example where we have written a VBA code by using it: 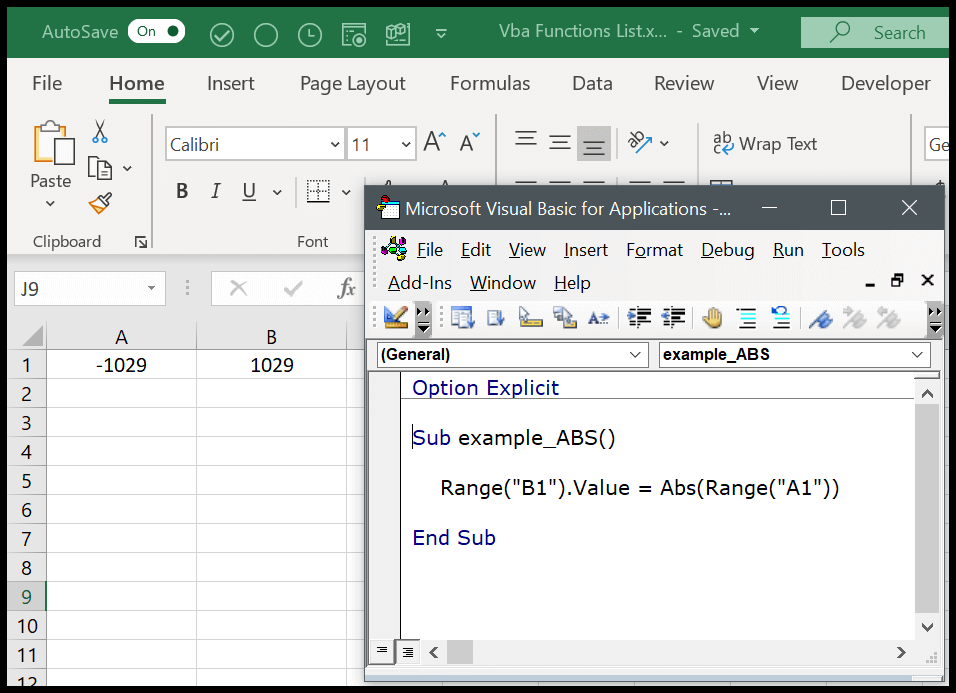 So basically when you run this code it simply takes the value from the cell A1 and converts it into an absolute number.

Below are some important points which you need to take care while using ABS function in VBA.